225 Gems
The Jamaaliday Gate is a members-only den item. It was released at the Jamaaliday Jam on December 17, 2015.

The Jamaaliday Gate appears as a white gate for a picket fence. It consists of two vertical beams on either side of a rounded gate that has three vertical planks. The gate is attached to one of the beams with metal hinges, and there is a metal handle with a lever on the other side of the gate. The gate also has a colored bow attached to it in the center. When clicked, the gate will swing open; clicking it again will close the gate. There are nine different versions of this item. 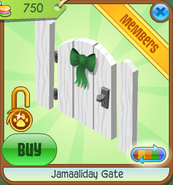 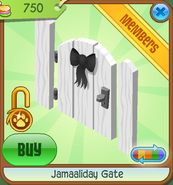 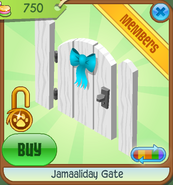 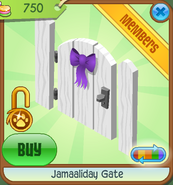 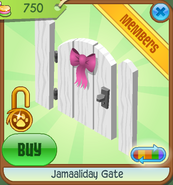 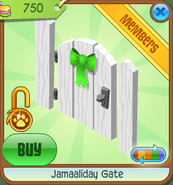 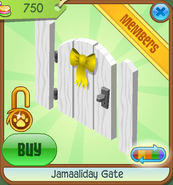 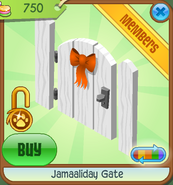