The Jester Hat has a crown divided into three tips that each sag over the edges. The hat has three bells at the tips and a frilly brim that wraps around the base. This item comes in ten different color varieties, two of which are rare variants.

The Jester Hat can be won as a possible prize from the following locations: 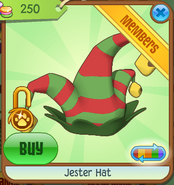 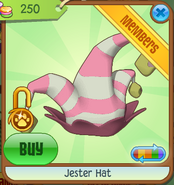 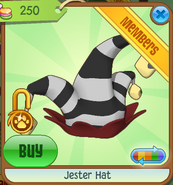 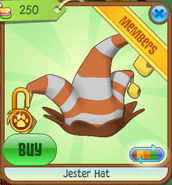 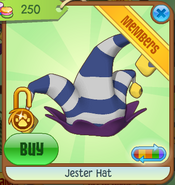 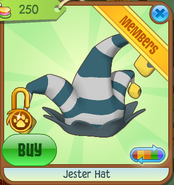 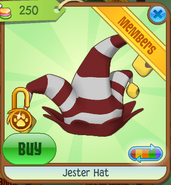 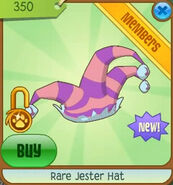 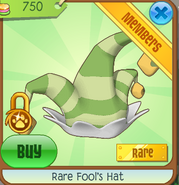 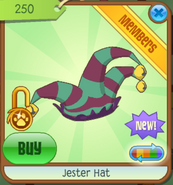 The Jester Hats first appearance before it got updated on June 2012.
Community content is available under CC-BY-SA unless otherwise noted.
Advertisement