90 Gems
625 Gems (Rare Item Monday)
The Jolly Elf Hat is a non-member land clothing item worn on the head. It is a seasonal item that was first released during December 2010 and is sold at Jam Mart Clothing during the Jamaalidays every year.

The Jolly Elf Hat appears as a pointed hat that curves backwards and includes triangular, elf-shaped ears on both sides of the base. The hat is striped along the top and has a fabric band wrapped around the base with a large, square buckle in the front. This item has nine different color varieties, one of which is a rare variant.

The Jolly Elf Hat can be won as a possible prize from the following locations: 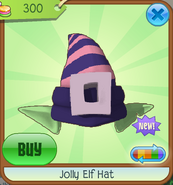 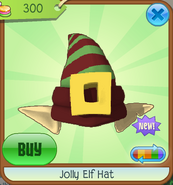 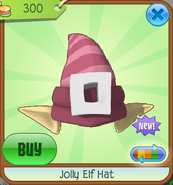 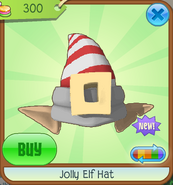 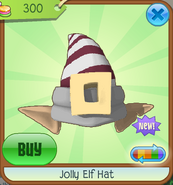 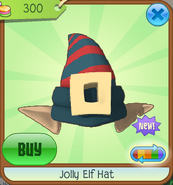 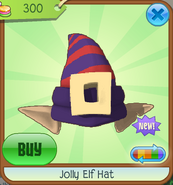 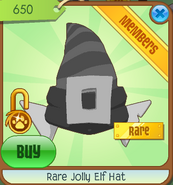 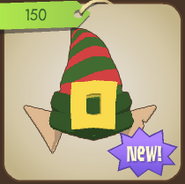 This item was cheaper on its first release 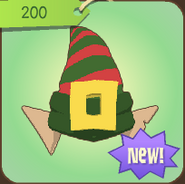 The price was increased on its second release
Community content is available under CC-BY-SA unless otherwise noted.
Advertisement