The Knight Helmet appears as a medieval helmet with the visor under an eye slot. The visor has rectangular-shaped openings. There are some bolts around the neck, above the circle holding the visor, and there is a colorful plume protruding from the top. This item comes in twelve different varieties, which includes the four rare variants.

The Knight Helmet can be won as a possible prize from the following locations: 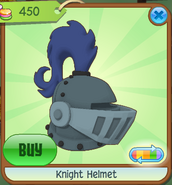 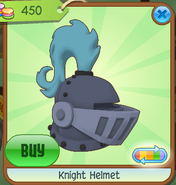 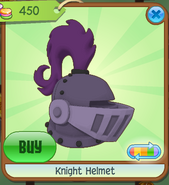 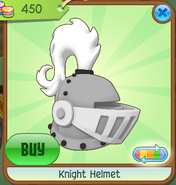 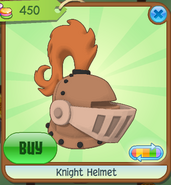 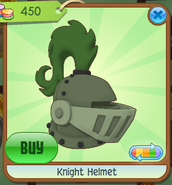 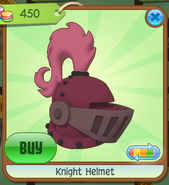 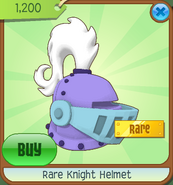 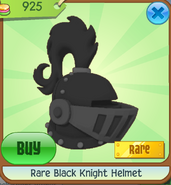 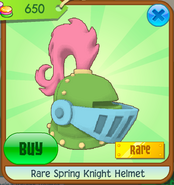 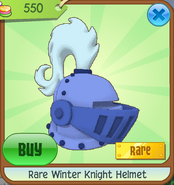