View source
Not to be confused with the Rare Knitted Sweater or Blackout Sweater.

The Knitted Sweater is quite similar to the Holiday Sweater, but it is plain and simple and has no designs. It has a single string sticking out of the shoulder, and when the item is put on, a piece of curled up string is on the back area. This item comes in nine different color varieties. 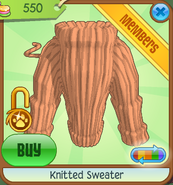 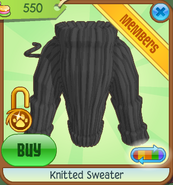 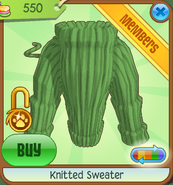 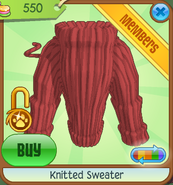 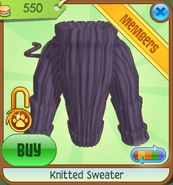 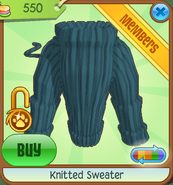 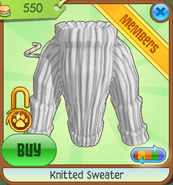 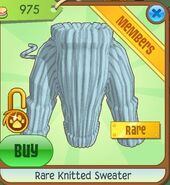 A color glitch.
Community content is available under CC-BY-SA unless otherwise noted.
Advertisement