View source
Not to be confused with the Golden Lava Glove or the Arctic Lava Glove.

600 Gems
The Lava Glove is a members-only land clothing item that is worn on the leg. It was first released as one of the Monthly Member Gifts in June 2011. It was re-released in the Diamond Shop on March 18, 2016.

The Lava Glove is large enough to cover the entire paw when worn. It appears to have four "fingers" but it actually changes shape to fit the animal wearing it. The colored swirling design on the glove is presumed to hold the "lava" that gives the item its name. This item has eight different varieties. 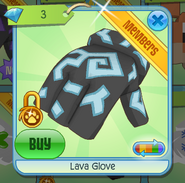 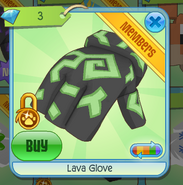 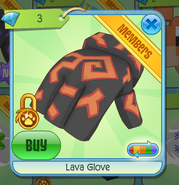 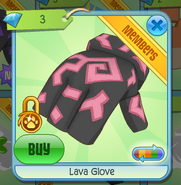 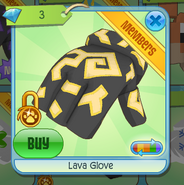 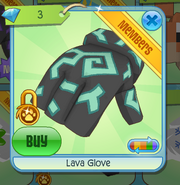 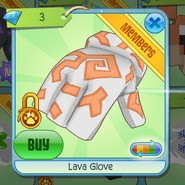 The damage and animation done.
Community content is available under CC-BY-SA unless otherwise noted.
Advertisement