75 Gems
325 Gems (Rare Item Monday)
The Leaf Necklace is a members-only land clothing item. It was first released during Beta Testing, at Jam Mart Clothing, and it is sold during the summer season.

The Leaf Necklace consists of multiple downward pointing leaves strung together to form a necklace. Each leaf has a thick midrib running through it. This item comes in nine different color varieties.

The Leaf Necklace can be won as a possible prize from the following locations: 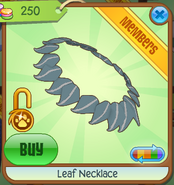 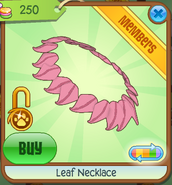 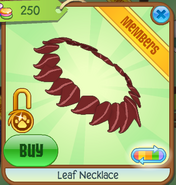 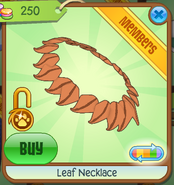 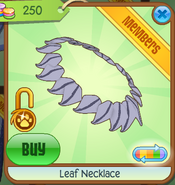 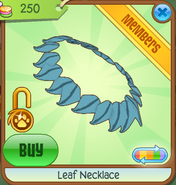 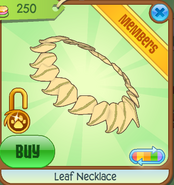 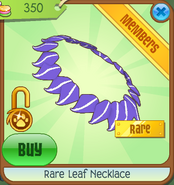 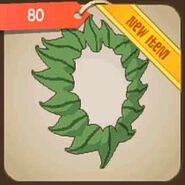 This item was sold at a cheaper price during Beta Testing.
Community content is available under CC-BY-SA unless otherwise noted.
Advertisement