Not to be confused with Rare Friendship Bands, or the Freedom Bands.

The Leg Armor is a members-only land clothing item. It was released sometime during the Beta Testing, in Jam Mart Clothing. It later was put on clearance during April 2012 and returned sometime later. It was put on clearance on July 12, 2017, and was removed from stores on July 22, 2017. It was then re-released on May 11, 2018.

The Leg Armor is a set of anklets that go on each leg made of colorful leaf-like segments. Each anklet has two layers on top of one another. This item comes in ten different varieties, two of which are rare variants. 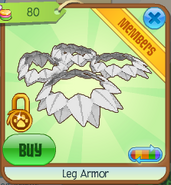 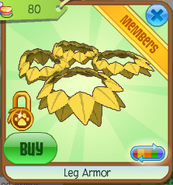 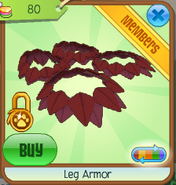 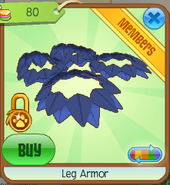 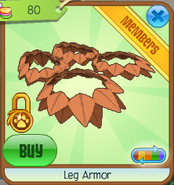 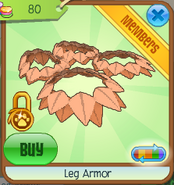 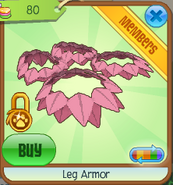 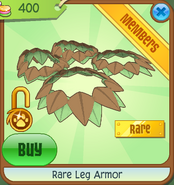 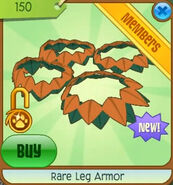 The Leap Year Party version.
Add a photo to this gallery 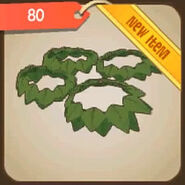 The Leg Armor was sold during Beta Testing.

Artwork for an unreleased variant was seen in the Jamaa Journal.
Add a photo to this gallery