View source
Not to be confused with the Eagle or the Enchanted Eagle.

The Legendary Eagle is a members-only land flying animal that can be used to access areas regular land animals cannot. They were first released on November 21, 2018, as a prize for having five referred friends become members.

When first received, the Legendary Eagle has the dark lava (or fire) pattern with black, semi-circle eyes. It looks very similar to the Eagle. 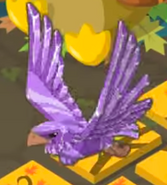 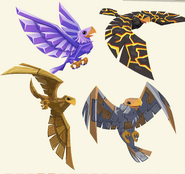 The four patterns of Legendary Eagles shown in the Jamaa Journal. 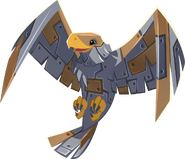