View source
This article is about the item. For NPC, see Lei (NPC).

45 Gems
375 Gems (Rare Item Monday)
The Lei is a non-member land clothing item. It can be bought at Jam Mart Clothing and it was first released in November 2010.

The Lei consists of eight flowers joined together in a garland. A colored string is shown to connect them. This item comes in nine different color varieties, one of which is a rare variant.

The Lei can be won as a possible prize from the following locations: 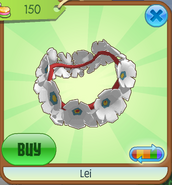 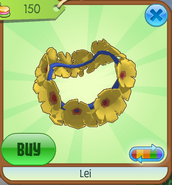 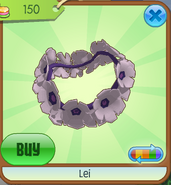 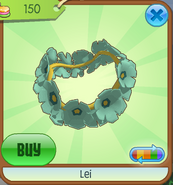 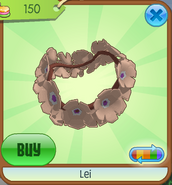 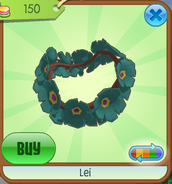 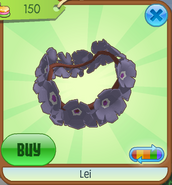 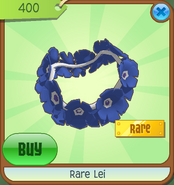 The Rare Lei was sold on Rare Item Monday in Jam Mart Clothing. 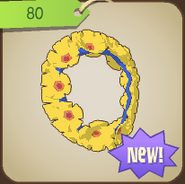 The Lei was first sold at a cheaper price. 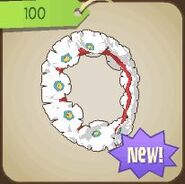 The Lei glitch when worn by an Otter.

A glitch that happens when worn on a sabertooth, it appears as a Pirate Beard
Community content is available under CC-BY-SA unless otherwise noted.
Advertisement