View source
This article is about the member version. For the non-member promo version, see Maple Leaf Wings (Promo).

The Maple Leaf Wings consist of two leaves, one at the far back and one at the front. They are both slanted at an angle, giving the idea of 'wings'. They also appear to be very thin and are shaped like maple leaves. This item comes in nine different color varieties, including the rare variant. 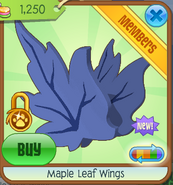 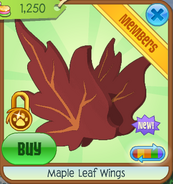 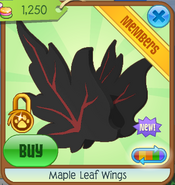 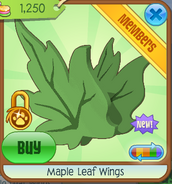 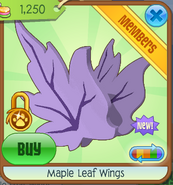 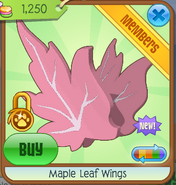 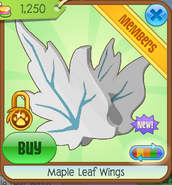 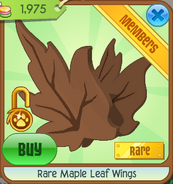