Mira is the Mother and Guardian Spirit of Jamaa, according to the legends. She has not made an appearance in-game, however, if enough Jammers dance around the Fire Pit in Sarepia Forest, blue flames in the shape of Mira appear. It is unknown if this is her or not.

Mira is a Grey Heron that has a larger wingspan than the average heron and a large head curl. She has pale blue-grey feathers with, in some artworks, a few which are a pale teal. She has creamy-yellow stalk-like legs and a long beak of a similar color. It is unknown if this form is an illusion form.

In the Beta Testing version of the story, Mira was created by the Sky Father, or Zios, because of his loneliness. Mira soon fell in love with her creator and so did he. Together they created Jamaa and everything in it. However, when Zios left her for an unknown reason, she became angry and upset, causing her tears to turn into the infamous Phantoms. It is not known what happened to Mira after the incident; however, in the Jamaalidays of 2010, it was said that she spends her time creating the items of Jamaa.

However, over time the story has changed and can be read on the Daily Explorer and the Animal Jam Official Insider's Guide. It is now said that Zios and Mira were the guardian spirits of Jamaa, which meant they had the control over the spirits over the animals. Zios and Mira gave the Heartstones which was the talisman for each and every animal, a gift of freedom. However the gift of the animal's freedom soon came to bite the two guardians on the back, the animals began to mistrust each other and fight amongst each other. In this time between the wars between species, the Phantoms came from their dark portals. They stole the Heartstones from the animals, which then trapped all the specific animal's spirits inside. When seeing this, Mira and Zios firstly decided to get leaders for the six remaining animals (Panda, Koala, Monkey, Tiger, Bunny, and Wolf). When gathering these leaders who became the Alphas, Mira and Zios lead them into war with the dark forces. Zios was overpowered by the darkness of the Phantoms and they took him away through their dark portals, which Mira flew in after them. It is unknown what happened next, but it assumes the story will go on throughout the Adventures.

In the Call of the Alphas book, it is suggested that Zios and Mira both traveled together since the creation of Jamaa. They had been watching and living alongside the animals of Jamaa until the Phantoms arrived. Although they both did not create the phantoms, they searched for leaders that were capable of protecting and caring for all animals that came to be known as the Alphas. After fighting against the Phantoms with the Alphas and Animal of Jamaa's help, the Phantom Queen held onto Zios, dragging Mira with them to the Phantom's world, trapping them both.

The statue of Mira in Jamaa Township. 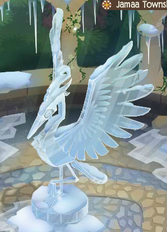 The ice statue of Mira in Jamaa Township, during the Jamaalidays. 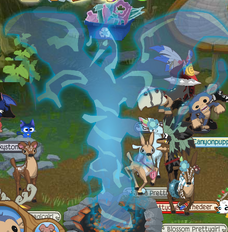 An impression of Mira formed by the fire pit in Sarepia Forest. 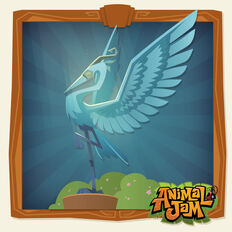 A photo of Mira featured on the Daily Explorer. 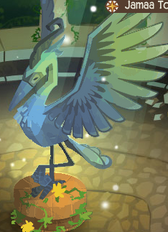 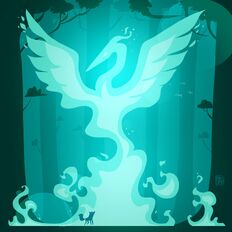