Not to be confused with the Epic Moon Hat.

600 Gems
400 Gems (Rare)
The Moon Hat is a non-member land clothing item that is worn on the head. It can be purchased at the Summer Carnival and was first released on May 31, 2013. It was later introduced with new colors in the 2017 Summer Carnival.

It looks like a small bowler hat that has a crescent moon near the top of it with a five-pointed star dangling from the tip by a string. This item comes in sixteen different varieties of colors. 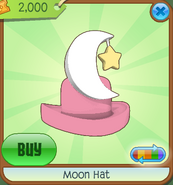 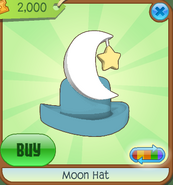 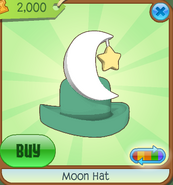 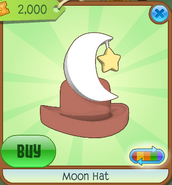 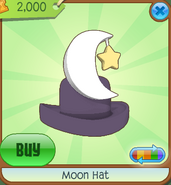 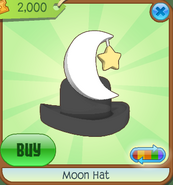 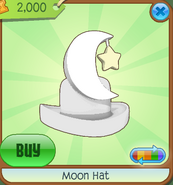 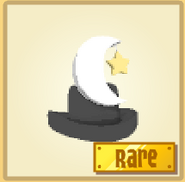 An original Moon Hat with the updated name 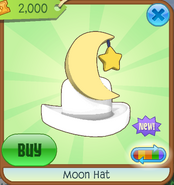 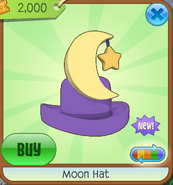 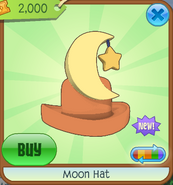 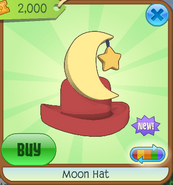 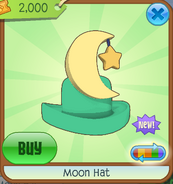 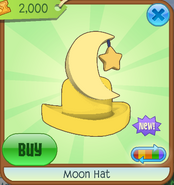 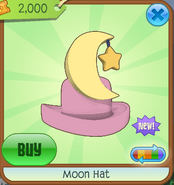 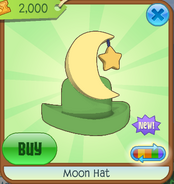 Add a photo to this gallery
Retrieved from "https://animaljam.fandom.com/wiki/Moon_Hat?oldid=1469367"
Community content is available under CC-BY-SA unless otherwise noted.