Not to be confused with the Golden Mummy Glove.

The Mummy Glove appears to be a glove that is wrapped up with bandages. The glove also has a leather-like strap that wraps around the knuckles and the wrist. The strap includes a small buckle near the wrist and a round gem at the knuckles. This item has eight different varieties. 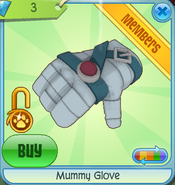 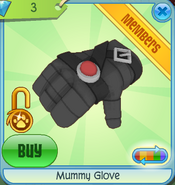 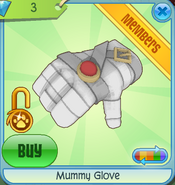 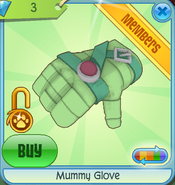 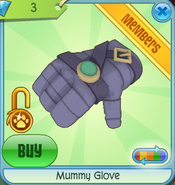 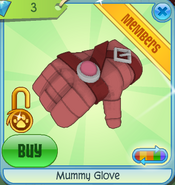 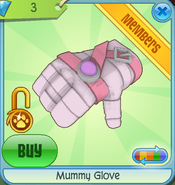 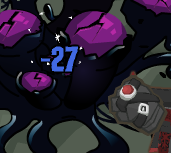 The animation and damage dealt in the Adventures
Add a photo to this gallery
Retrieved from "https://animaljam.fandom.com/wiki/Mummy_Glove?oldid=1254289"
Community content is available under CC-BY-SA unless otherwise noted.