The Musketeer Boots each have a pointed toe and a swirl design on them. There is also a narrow strap around the ankle with a small buckle on its side. This item comes in eight varieties. 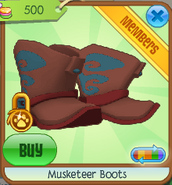 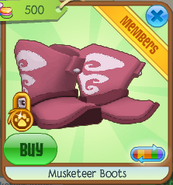 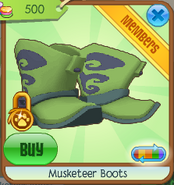 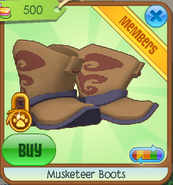 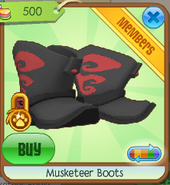 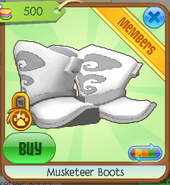 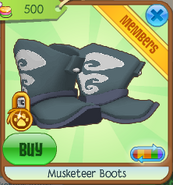 Add a photo to this gallery
Retrieved from "https://animaljam.fandom.com/wiki/Musketeer_Boots?oldid=1302046"
Community content is available under CC-BY-SA unless otherwise noted.