View source
Not to be confused with the Rare Necklace, Rare Magenta Necklace, or Pearlescent Necklace.

13 Gems
140 Gems (Leap Year Party)
The Necklace is a non-member land clothing item. It can be bought at Jam Mart Clothing and was first released during Beta Testing on July 17, 2010.

The Necklace is a tight, collar-like necklace with an attached rhombus-shaped pendant with a gem inside, which has a bead-like shine to it. This item comes in nine different color varieties.

The Necklace can be won as a possible prize from the following locations: 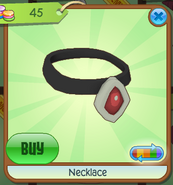 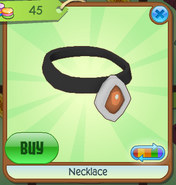 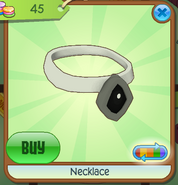 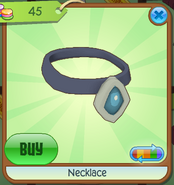 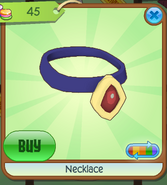 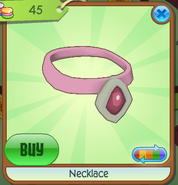 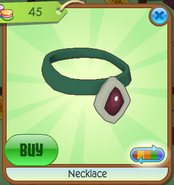 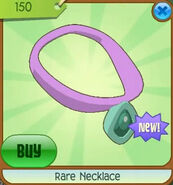 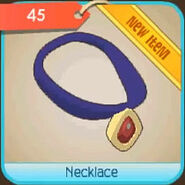 The Necklace seen during Beta Testing.

The Leap Year variant can be seen with a golden rare tag.

A membership advertisement shows artwork of a Necklace color that does not exist. 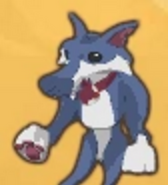 The glitch when worn by a dancing Wolf.

The full magenta necklace that was hacked into the game.
Community content is available under CC-BY-SA unless otherwise noted.
Advertisement