View source
Not to be confused with the Rare Old Blanket, Blanket, the Worn Blanket, or the Quilted Blanket.

60 Gems
975 Gems (Rare)
The Old Blanket is a non-member land clothing item. It was first released in Jam Mart Clothing sometime around the 2010 Jamaalidays. It was later relocated to the Hot Cocoa Hut during 2011 after Mt. Shiveer was introduced.

The Old Blanket is made of a fabric material that is patched together with squares of a different color fabric. It appears to be of low quality and worn down. This item comes in nine varieties, which includes the rare variant.

The Old Blanket can be won as a possible prize from the following locations: 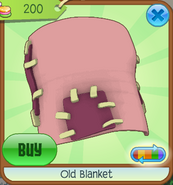 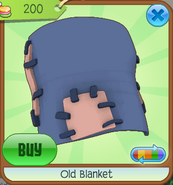 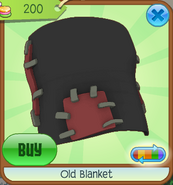 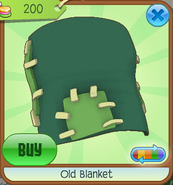 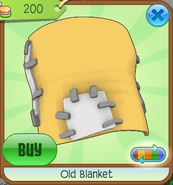 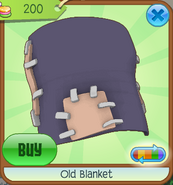 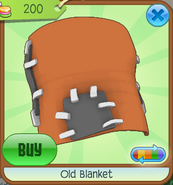 The Rare Old Blanket found as a prize in Jamaaliday Rescue.

The "beta blanket" version of this item that is no longer available. 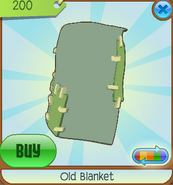 The original design of the old blanket before it was updated in June 2012
Community content is available under CC-BY-SA unless otherwise noted.
Advertisement