View source
Not to be confused with the Rare Old Hood or Luminous Hood.

24 Gems
375 Gems (Rare Item Monday)
The Old Hood is a non-member clothing item that can be worn on the head. It was first released sometime during Beta Testing in Jam Mart Clothing, but was later relocated to the Shiveer Shoppe. It was put on clearance on April 17, 2018, and left stores on April 27, 2018. Sometime around December 2019, it was put back in stores in Jam Mart Clothing, and was later removed in early 2020. It returned on January 7, 2021, but left on November 26, 2021.

The Old Hood has colored, rectangular patches of fabric held together by large stitches. It has the shape of a hood and tapers to a swirl at the top. There is a circular opening for the Jammer's face, with a thick border of cloth surrounding it. This item comes in nine different color varieties including the rare variant.

The Old Hood can be won as a possible prize from the following locations: 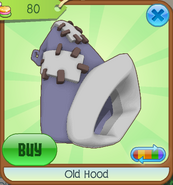 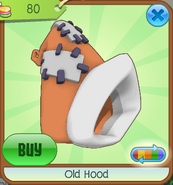 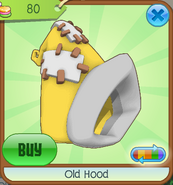 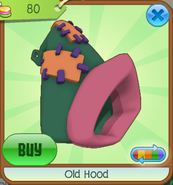 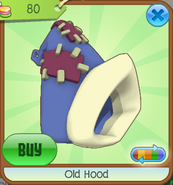 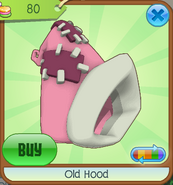 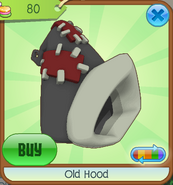 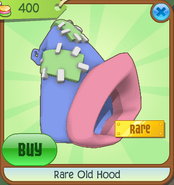 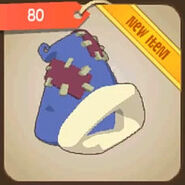 The Old Hood was sold during Beta Testing.

The ad for the rare version.
Community content is available under CC-BY-SA unless otherwise noted.
Advertisement