The Panda Paws are a members-only land clothing item. It was released on July 6, 2017, and was sold at the Diamond Shop.

The Panda Paws are a set of 4 individual paw-shaped shoes that are meant to resemble the paws of a Panda. They have a blocky shape and four 'toes' on each paw, including thumbs. The color variants of this item have color on each of the toes and on the ring at the top of the paw, with white in between. 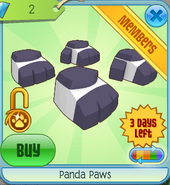 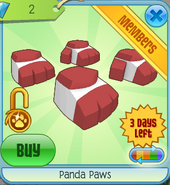 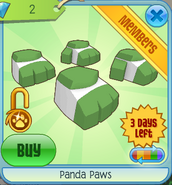 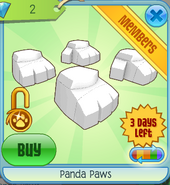 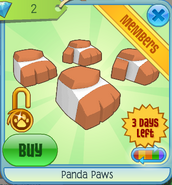 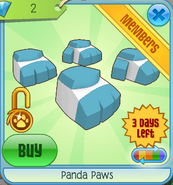 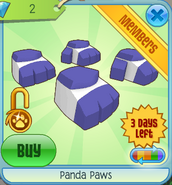 Add a photo to this gallery
Retrieved from "https://animaljam.fandom.com/wiki/Panda_Paws?oldid=1304226"
Community content is available under CC-BY-SA unless otherwise noted.