Peck is the Alpha of the Bunnies. She was introduced in 2010 as one of the first six Alphas, but her first appearance in the game was as a statue released in 2011. She was not seen in the game until the New Jammer tutorial was introduced in 2015. She is often associated with the art and creativity of Jamaa, and regular artistic challenges are held by AJHQ in her name.

Peck is a plum-purple, pale pink and fuchsia colored rabbit with patches on the tips of her ears. She has dark lilac ribbons tied around her tail and left ear. She also has a creamy-yellow colored bell connected to her right ear, neon purple head-fur that is styled in side-swept bangs, pale pink nose, magenta eyes and dark lilac bands around her feet and arms. She has white paw-pads, darker eye-shadow with white dots on top and white ear-insides.

Peck appears in the background of the Bunnies Only Party when many Jammers hop.

Peck introduces players to Jamaa in the new tutorial. 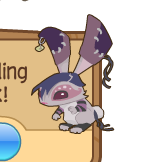 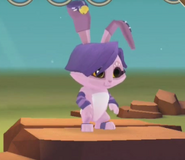 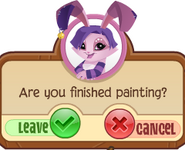 A statue of Peck's head can be seen in the Chamber Of Knowledge.

Information about Peck in the Alpha Headquarters 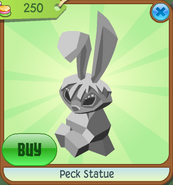 A coloured version of her statue in the AJ Birthday Party. 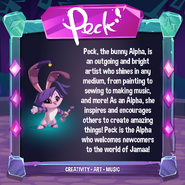 Information about Peck in The Daily Explorer. 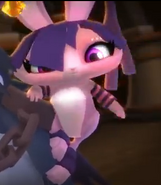 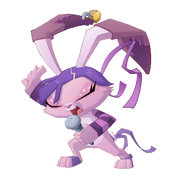 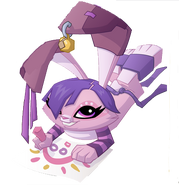 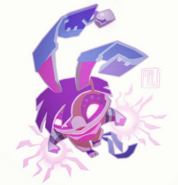 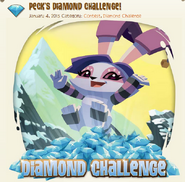 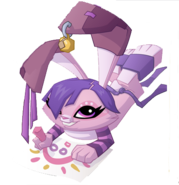 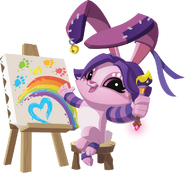 Peck's icon, as seen in the Art Studio. 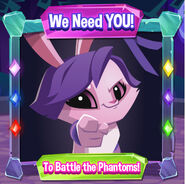 Peck in The Daily Explorer 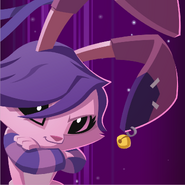 Peck in The Daily Explorer.
Community content is available under CC-BY-SA unless otherwise noted.
Advertisement