The Pillow is a non-member den item. It can be purchased at Jam Mart Furniture and was first released during the Beta Testing period.

The Pillow appears to be slightly puffed out. There is a pattern of lighter-colored squares on a darker colored background. On the surface of the pillow, one section appears to be more lighted than the other, due to the item's shading. This item comes in eight different color varieties. 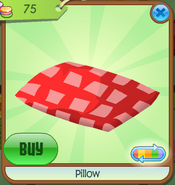 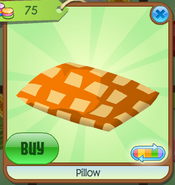 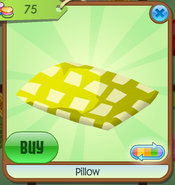 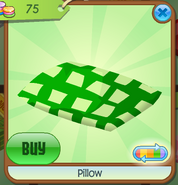 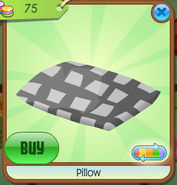 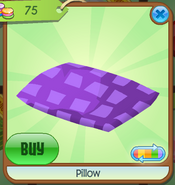 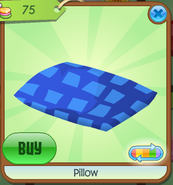 Winning a Pillow from The Claw seen with its original name. 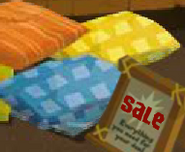 Unreleased dark yellow and light blue Pillows seen in Jam Mart Furniture.
Add a photo to this gallery
Retrieved from "https://animaljam.fandom.com/wiki/Pillow?oldid=1288420"
Community content is available under CC-BY-SA unless otherwise noted.