135 Gems
Pink Argyle Walls are a members-only wallpaper for land dens. They were first released in Jam Mart Furniture during Beta Testing, but they were removed from stores shortly afterwards. They returned on November 8, 2011.

The Pink Argyle Walls item have a background color of light pink with a pattern of darker pink and brown diamonds. Brown and pink dotted lines cross over the diamonds diagonally. The pattern is one which could be found on a sweater or a vest. This item comes in only one variety.

The Pink Argyle Walls can be won as a possible prize from the following locations: 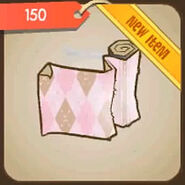 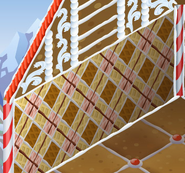 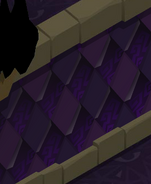 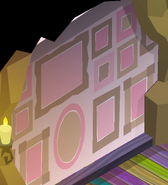 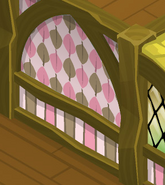