500 Gems
150 Gems
The Pink Swirls are a members-only land den carpet that was released sometime during Beta Testing at Jam Mart Furniture during the Friendship Festival.

The Pink Swirls consists of light pink organic lines, spots, and swirls laying on top of a dark pink background. This item comes in only one variety.

The Pink Swirls can be won as a possible prize from the following locations: 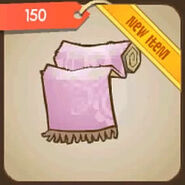 Pink Swirls were sold at a cheaper price during Beta Testing. 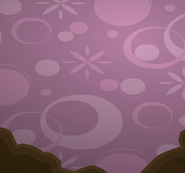 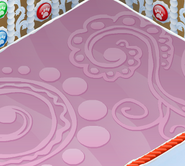 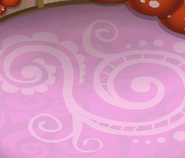 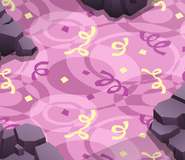