Start a Wiki
This article is about the land item. For the unreleased underwater item, see Pirate Hat (Ocean).

The Pirate Hat is a members-only land clothing item. It was originally released during Beta Testing and it was formerly sold in Jam Mart Clothing. It was removed on September 9, 2017. It was re-released on June 8, 2018, and can be bought at Jam Mart Clothing.

The Pirate Hat is a folded tricorne-style hat, complete with dreadlocks in the back, with multicolored beads strung around some of the braids. It comes in nine different colors, one of which is a rare variant. 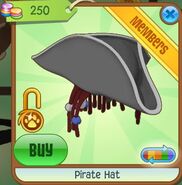 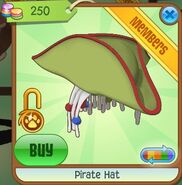 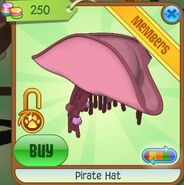 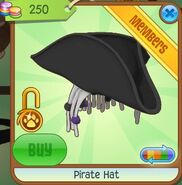 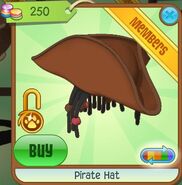 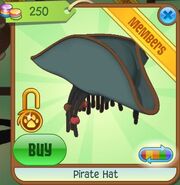 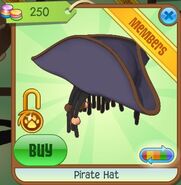 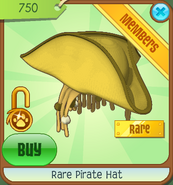 Rare Item Monday
Add a photo to this gallery 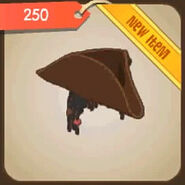 The Pirate Hat was sold during Beta Testing.

Unreleased magenta and yellow pirate hat likely caused by a glitch
Add a photo to this gallery
Retrieved from "https://animaljam.fandom.com/wiki/Pirate_Hat?oldid=1254799"
Community content is available under CC-BY-SA unless otherwise noted.