View source
Not to be confused with the Rare Polar Bear Hat.

The Polar Bear Hat is a colored hat shaped like Polar Bear's head. It has colored buttons for eyes, a large black-colored nose, and a colored patch sewed onto the side with large, colored stitches. This item comes in eight different color varieties. 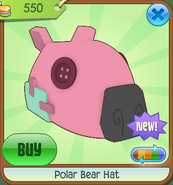 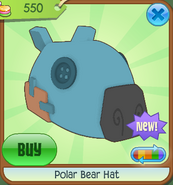 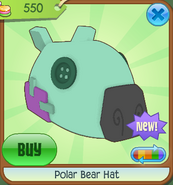 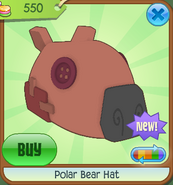 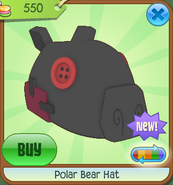 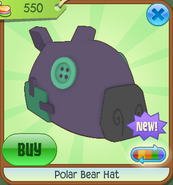 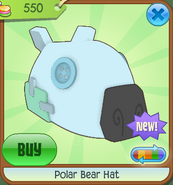