45 Gems
The Police Hat is a non-member land clothing item. It could be purchased at Jam Mart Clothing and was first released during the Beta Testing. It was put on Clearance on April 21, 2018, and left stores on May 1, 2018.

The Police Hat appears as a wooden police-shaped hat with a badge symbol and two swirls in the middle with a dot shortly after. There are feather-shaped spikes at the top half of the hat and a long slab of cracked wood for the brim of the hat at the bottom half. They are separated by a band of darker-colored wood. This item comes in eight different color varieties.

The Police Hat can be won as a possible prize from the following locations: 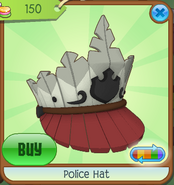 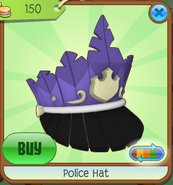 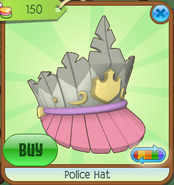 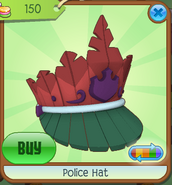 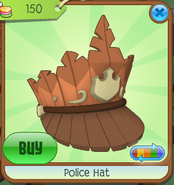 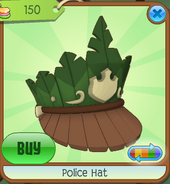 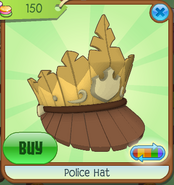 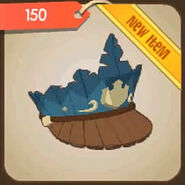