Not to be confused with the Rare Jamaaliday Princess Necklace.

The Princess Necklace is a members-only land clothing Item which is worn around the neck. It can be purchased at Jam Mart Clothing and was first released sometime during the Beta Testing.

The Princess Necklace consists of a long, beaded necklace with five shiny gemstones in the front. The gemstones have diamond-shaped casings with circles of shine in them and are various sizes. This item comes in nine different color variants, one of which is rare. 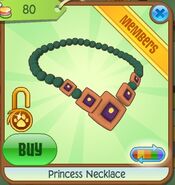 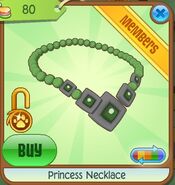 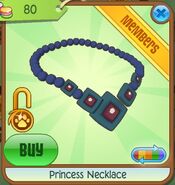 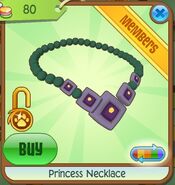 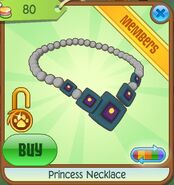 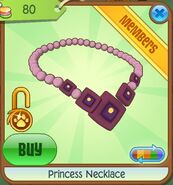 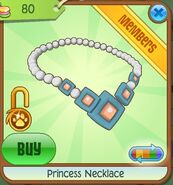 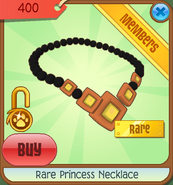 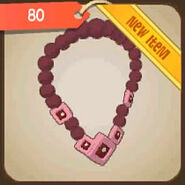 The Princess Necklace sold during the Beta Testing.
Add a photo to this gallery
Retrieved from "https://animaljam.fandom.com/wiki/Princess_Necklace_(2010)?oldid=1293938"
Community content is available under CC-BY-SA unless otherwise noted.