275 Gems
The Rare Spiked Collar is a members-only land clothing item. It was initially given out as one of the Monthly Member Gifts during July 2011. It was formerly obtainable a random prize from the Epic Treasure Chest in Lucky Clovers until March 2022. Before August 2021, the item was also available as a possible prize in The Forgotten Desert as well as the members-only chest of the last pearl in Tiki Trouble. 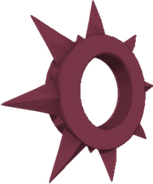 The "Long" collars were originally seen without any golden rare tags. 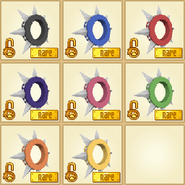 The "Long" collars after they received rare tags. 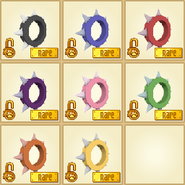 The "Short" collars after they received rare tags. 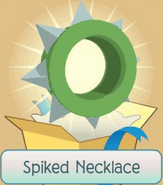 A "Spiked Necklace" as seen before its name was changed to Spiked Collar. 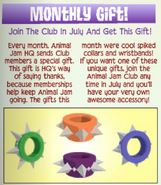 The Spiked Collar being announced in Jamaa Journal Volume 38.
Community content is available under CC-BY-SA unless otherwise noted.
Advertisement