Start a Wiki
This article is about the monthly membership promotional gift. For the miscellaneous shop varieties, see Spiked Wristband.

The Rare Spiked Wristband is a members-only land clothing item. It was originally released as one of the Monthly Member Gifts during July 2011. It can currently be obtained as one of the prizes from The Forgotten Desert.

The "glitched" magenta "Long" Rare Spiked Wristband seen on a trade list.
Add a photo to this gallery 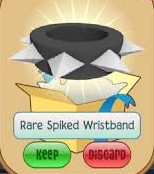 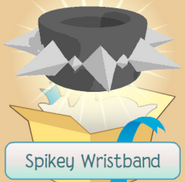 A "Spikey Wristband" as seen before its name was changed to Spiked Wristband. 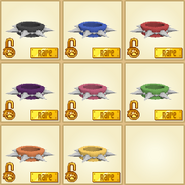 The "Long" wristbands after they received the rare tag.

The appearance of all the original "short" wristbands, before they received the rare tag. 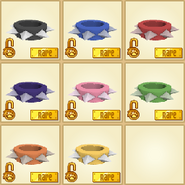 The "Short" wristbands after they received the rare tag. 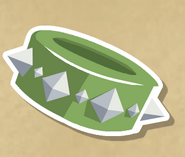 Artwork of a green spiked wristband from the Membership Benefits in-game booklet.

Artwork of a blue spiked wrist from the Membership Benefits in-game booklet.
Add a photo to this gallery