165 Gems
1,075 Gems (Rare Item Monday)
The Reindeer Slippers are a members-only land clothing item that was first released on December 16, 2014. They have returned seasonally for the Jamaalidays each year since their first release and were sold in Jam Mart Clothing.

The Reindeer Slippers are shoes that have ears on the sides and antlers on the top to resemble a reindeer. Each shoe also has two eyes and a nose on the front. This item comes in nine different color varieties, including the rare variant. 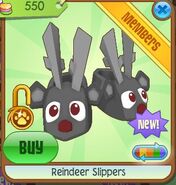 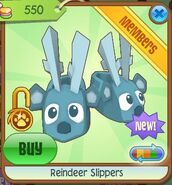 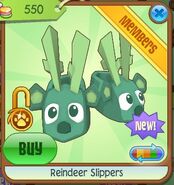 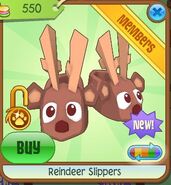 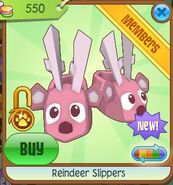 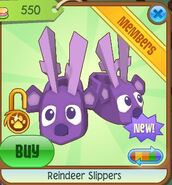 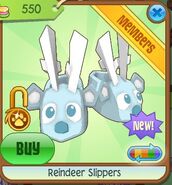 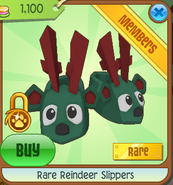 The Rare Reindeer Slippers
Add a photo to this gallery
Retrieved from "https://animaljam.fandom.com/wiki/Reindeer_Slippers?oldid=1358285"
Community content is available under CC-BY-SA unless otherwise noted.