Not to be confused with the Wacky Winter Hat or the Zany Hat.

The Silly Winter Hat is a wide, short beanie with a puffy object on its top. There are also two spiraling tendrils along the bottom of the hat on either side and connected to each one is an object similar to the one on the top of the hat. This item comes in nine different varieties including a rare variant. 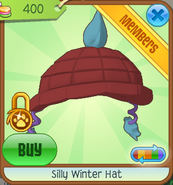 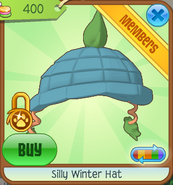 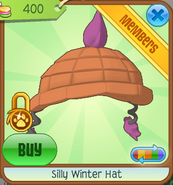 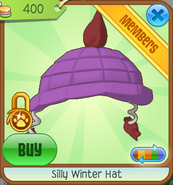 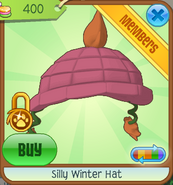 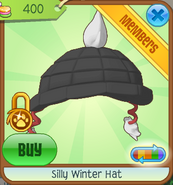 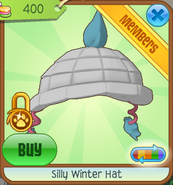 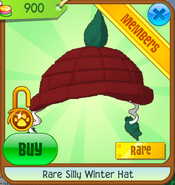 Add a photo to this gallery
Retrieved from "https://animaljam.fandom.com/wiki/Silly_Winter_Hat?oldid=1458463"
Community content is available under CC-BY-SA unless otherwise noted.