300 Gems
The Skunk Tail is a non-member land clothing item. It was released on June 8, 2017, as part of the update and the Tail Sale for 4 days.

The Skunk Tail is a furry tail item that has stripes going along the length of it in a zig-zag pattern. The stripes are lighter in the middle and dark around the edges for all varieties except for the white and red, which has a black stripe in the middle instead. This item comes in eight different varieties. 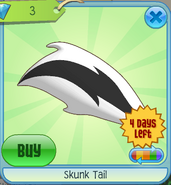 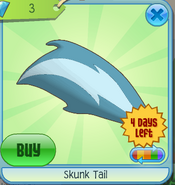 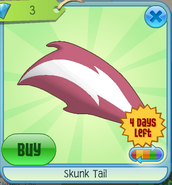 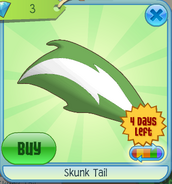 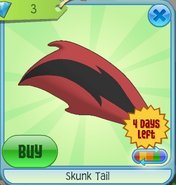 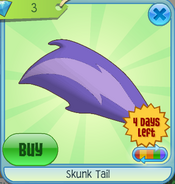 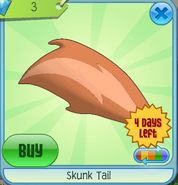