250 Gems
75 Gems
The Spiderweb Floor is a members-only flooring item. It returns to stores seasonally during the Night of the Phantoms and was first released sometime during October 2010. It was originally sold in Jam Mart Furniture, but it was relocated to the Spooky Party in 2015.

The Spiderweb Floor is dusty, navy blue with a pattern of spiderwebs on it. The spiderwebs are different colors and styles when applied in different dens. This item comes in only one variety.

The Spiderweb Floor can be won as a possible prize from the following locations: 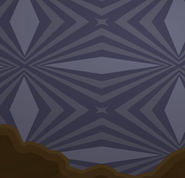 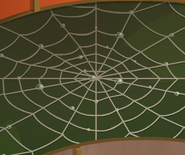 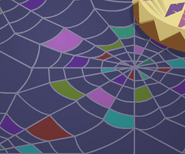 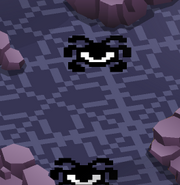