The Spiked Collar consists of spikes attached to a circular band worn around the neck. Long Spiked Collars have a pattern of alternating sizes of long spikes and small spikes, but "Short" Spiked Collars only have one size of spikes. There are eight different color versions of each type (non-rare "Long", non-rare "Short") and two rare variants for a total of eighteen varieties. 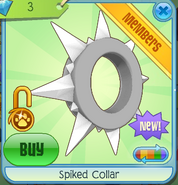 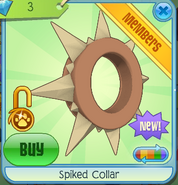 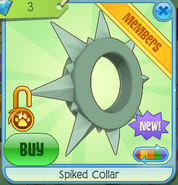 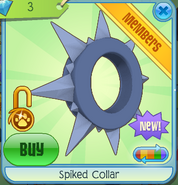 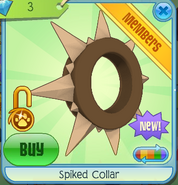 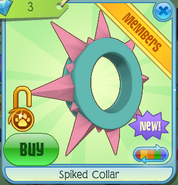 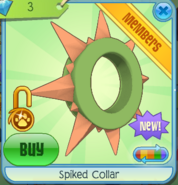 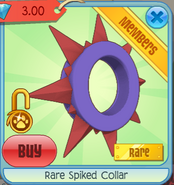 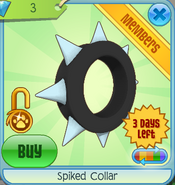 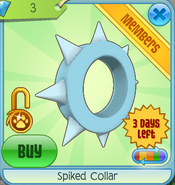 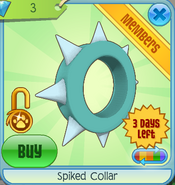 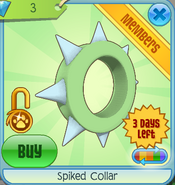 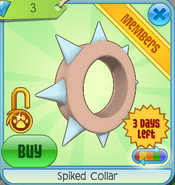 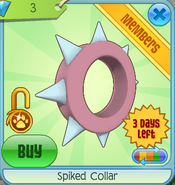 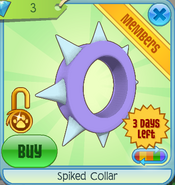 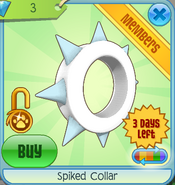 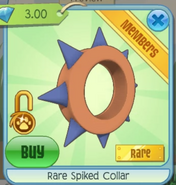