View source
Not to be confused with the Rare Spiked Hair or Dyed Spiked Hair.

90 Gems
675 Gems (Rare Item Monday)
The Spiked Hair is a non-member land clothing item that is worn on the head. It was first released sometime during January 2011 and can be purchased at Jam Mart Clothing.

The Spiked Hair appears as an enormous wig with multiple large spikes of hair at the front and a few small ones at the back. This item has nine different color varieties, including the rare variant.

The Spiked Hair can be won as a possible prize from the following locations: 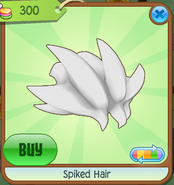 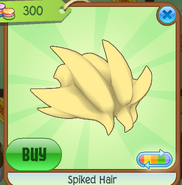 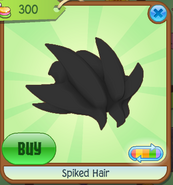 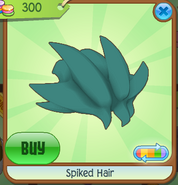 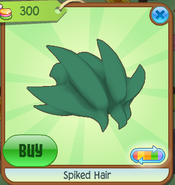 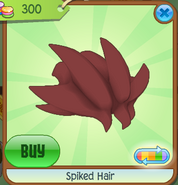 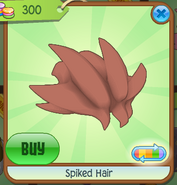 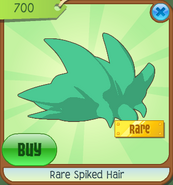 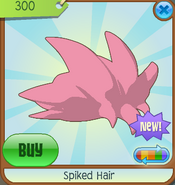 The spiked hair seen on its initial release.
Community content is available under CC-BY-SA unless otherwise noted.
Advertisement