The Strobe Light is a members-only den item that was first released during the Beta Testing period. It was originally sold at Jam Mart Furniture, but in December 2011 it was relocated to the Play Wild Party where it can still be purchased. It was also added to the Party Shop at the dance-themed Jammer Parties on December 17, 2015.

The Strobe Light consists of a large, cylander shaped, drum like light connected to a curved handle. The cylindrical-shaped light hangs at an angle. When clicked various times, the light has different effects. This item has ten different color varieties. 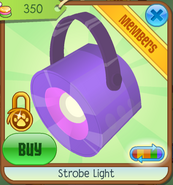 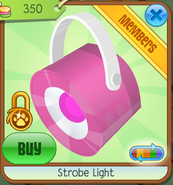 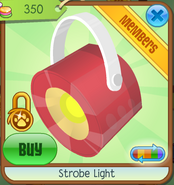 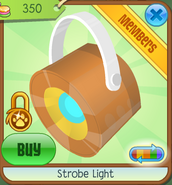 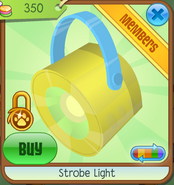 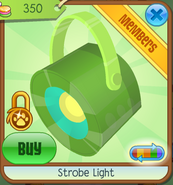 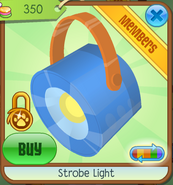 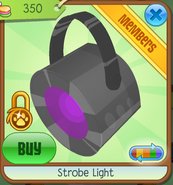 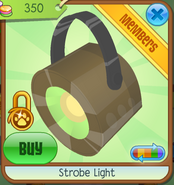 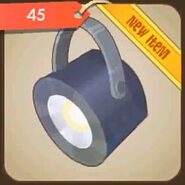 This item was sold during Beta Testing with a cheaper price. 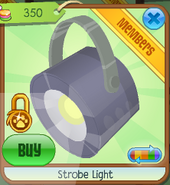 When clicked.
Add a photo to this gallery
Retrieved from "https://animaljam.fandom.com/wiki/Strobe_Light?oldid=1312241"
Community content is available under CC-BY-SA unless otherwise noted.