The Swords and Shield is a members-only den item. It was formerly sold at Jam Mart Furniture and was first released sometime during the Beta Testing. It was released again in August 2011 with additional color variants and the price was increased from 80 Gems to 150 Gems. It went on clearance around May 2014.

The Swords and Shield consist of a shield that can be placed on a wall and is crisscrossed with two swords in an "X" shape behind it. This item comes in eight varieties that each have a unique color-crest combination. The available combinations are as follows: orange lightning, yellow sun, green flower, black skull, blue cat, purple crown, pink heart, and a red flame. 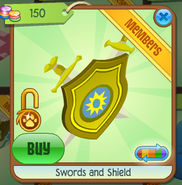 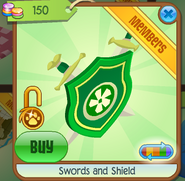 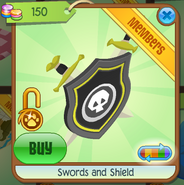 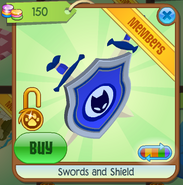 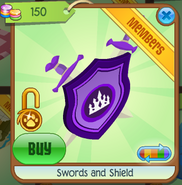 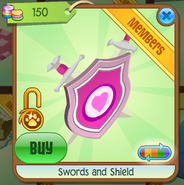 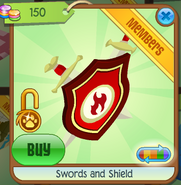 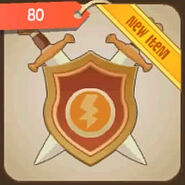 The Swords and Shield as seen in Jam Mart Furniture during Beta Testing. 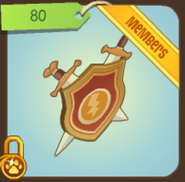 The Swords and Sheild being sold shortly after Beta Testing.
Add a photo to this gallery
Retrieved from "https://animaljam.fandom.com/wiki/Swords_and_Shield?oldid=1287645"
Community content is available under CC-BY-SA unless otherwise noted.