1. When the player begins the adventure, they will be told some information from Cosmo, and then get to explore the cave.

2. At one point, the player will run into Greely, who urges adventurers to turn back.

3. Later, the player will find and talk to Cosmo. He will tell adventurers to look for four Lava Crystals to open the sealed door.

4. When the player finds all the Lava Crystals and places them in the slots on the ground to open the door, the player can walk through the door to fight the Phantom King.

5. In the battle against the Phantom King, the player has a small platform to navigate with Boomseeds scattered at different corners.

6. After defeating the Phantom King, the player must talk to Cosmo, who will praise them for their bravery. The player can then select a prize and exit through the portal. 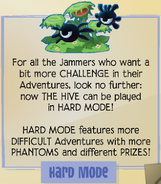 The hard mode announcement was made on Jamaa Journal Volume 101.

The entrance to The Hive can be found in the Adventure Base Camp. 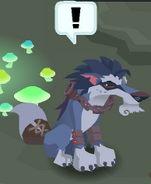 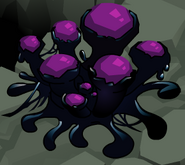 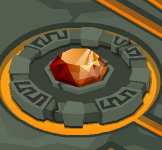 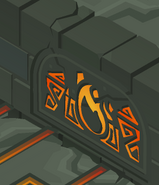 The Door that leads to the Phantom King.
Community content is available under CC-BY-SA unless otherwise noted.
Advertisement