The Phantom Fortress is a non-member adventure that was released on January 5, 2017. The Hard Mode was released on April 12, 2018. Prior to January 18, 2018, this adventure was for members-only. It follows the Alphas after the Mira Feather cleanses the area. The Alphas attempt to disable the Fortress to keep it from being moved by the Phantoms.

The following rewards can be obtained by finishing the adventure:

Location of every animal passages in this adventure:

Description and guide of the animal passage:

There are three additional prizes that can be obtained from various treasure chests:

1.↑ The Phantoms summoned by Phantom Lookouts are not included in this tally because they do not reward any CP when destroyed.

2.1.↑ 2.2.↑ Only the Phantoms guarding the banners must be trapped in order to proceed. All of the other Phantoms can be ignored, although it is often easier to trap/destroy most of them.

3.1.↑ 3.2.↑ Destroying these objectives displays "+5 Courage Points" but it actually rewards a different number of Courage Points according to the CP meter and the network data.

4.↑ The treasure chest that is revealed by setting Peck's secret puzzle layout is not included in this tally because it does not reward any CP when opened. 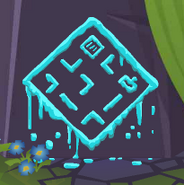 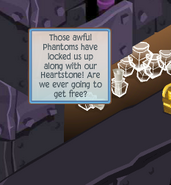 The first unsent Message In A Bottle 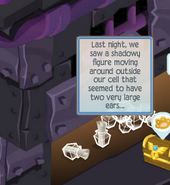 The second unsent Message In A Bottle

The third unsent Message In A Bottle

The original Sheep passage reward before Sheep were released.

The Tiger-Only Passage was removed when this adventure became non-member.

The Wolf-Only Passage was removed when this adventure became non-member.

The previous banner with the members-only lock.

High quality artwork of the Adventure's banner by Taylor Maw
Community content is available under CC-BY-SA unless otherwise noted.
Advertisement