30 Gems
475 Gems (Rare)
525 Gems (Rare Freedom)
The Tie is a non-member land clothing item that is worn around the neck. It was first released during November 2010 and it is sold at Jam Mart Clothing.

The Rare Tie is a members-only land clothing item that is worn around the neck. It was sold on March 26, 2012, in Jam Mart Clothing for Rare Item Monday.

The Tie is a standard necktie that is made from thick fabric. It has two large patches on either side with large stitch marks connecting them to the tie. This item has ten different color varieties, including the two rare variants.

The Tie can be won as a possible prize from the following locations: 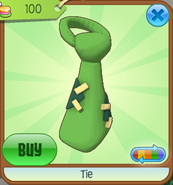 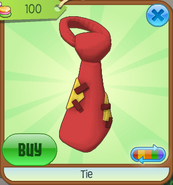 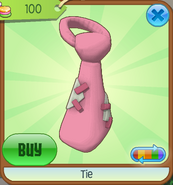 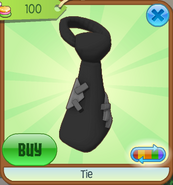 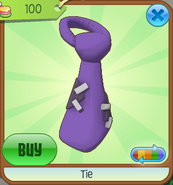 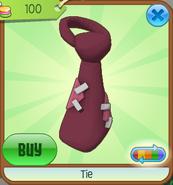 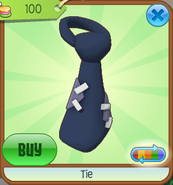 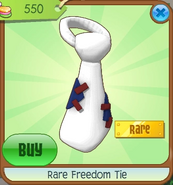 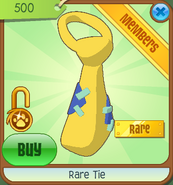 The glitch with a playing seal 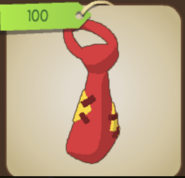 The Tie when it was first sold in 2010.
Community content is available under CC-BY-SA unless otherwise noted.
Advertisement