45 Gems
The Top Hat is a members-only land clothing item that is worn on the head. It was first released on June 15, 2010, at Jam Mart Clothing, but it later went on clearance soon after Beta Testing ended. It returned for a short period on January 17, 2013, in the Canyons Pathway "Hat Shop" during the Hatapalooza event. It was released for its third time on May 4, 2017, as part of another short Hatapalooza event.

The Top Hat is a tall striped hat, with a wide, round brim. The crown of the hat is narrow near the brim and flares out wider as it goes towards the flat top. Band circles around the narrow base and four round buttons stick out around the top edge of the hat. This item comes in eight different varieties.

The Top Hat can be won as a possible prize from the following locations: 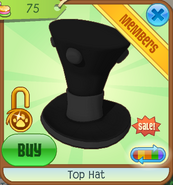 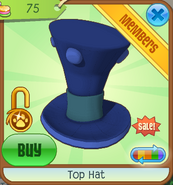 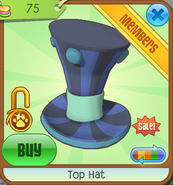 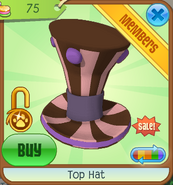 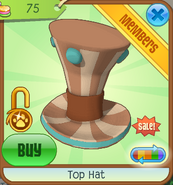 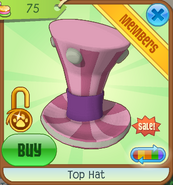 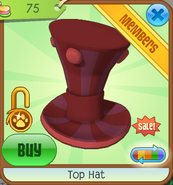 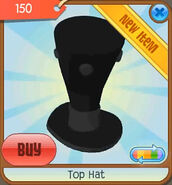 An example of a Top Hat being sold during Beta Testing

The green top hat could only be found on the Developers' Site.

The gray Top Hat could only be found on the Developers' Site. 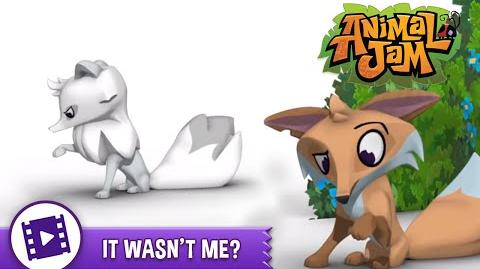