180 Gems
The Turkey Tail Feathers are a members-only land clothing item. They were released on October 19, 2016, and are sold at Jam Mart Clothing during the Feast of Thanks.

The Turkey Tail Feathers appear to be a fan of tail feathers from that of a turkey. There are various colored stripes on the feathers, which also do not line up perfectly. This item comes in eight different color varieties. 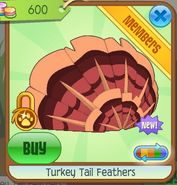 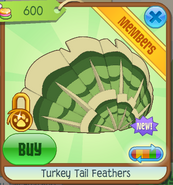 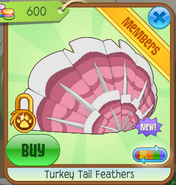 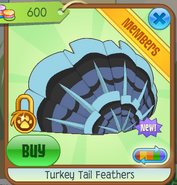 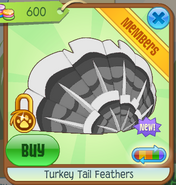 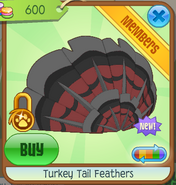 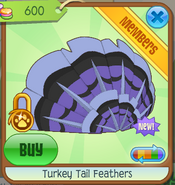