300 Gems
The Turquoise Ring is a non-member land clothing item that is worn on the leg. It can be bought at Epic Wonders and was released on September 6, 2013.

The Turquoise Ring is a metallic band with patterns on it. Attached to the top of this band is a circular, turquoise-colored gem with a lighter blue center. This item comes in ten different color varieties, two of which are no longer sold in stores. 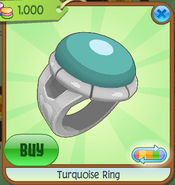 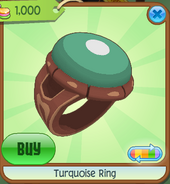 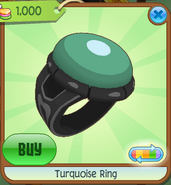 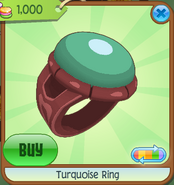 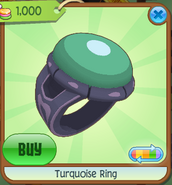 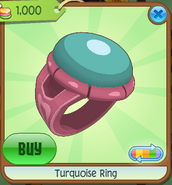 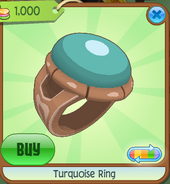 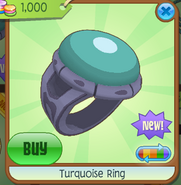 The original default color that is no longer available. 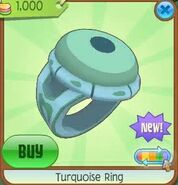 The original second variant that is no longer available.
Add a photo to this gallery

A variant that AJHQ gave out during giveaway livestreams (left) is compared to the original second variant (right).
Add a photo to this gallery