75 Gems
The Wings are a members-only land clothing item worn on the body. It was released during Beta Testing and is sold at Jam Mart Clothing.

The Wings appear to be a set of bat-like or dragon-like wings. Each wing has three flaps along the bottom with spines running down between them and the top of each wing has a sharp claw. This item comes in eight different color varieties.

There is one unreleased variant of this item. It was first seen when land Best Dressed was released but was taken out of the mini-game shortly after its release.

The Wings can be won as a possible prize from the following locations: 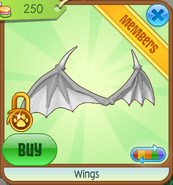 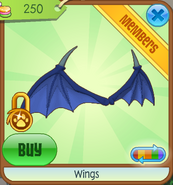 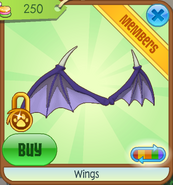 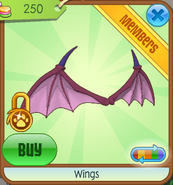 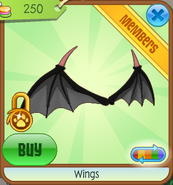 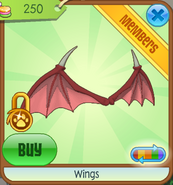 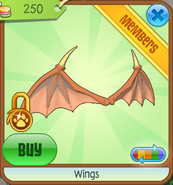 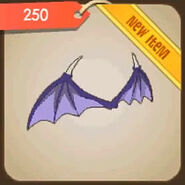 The Wings were sold during Beta Testing. 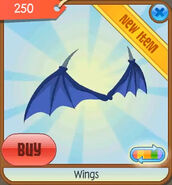 A close-up of this item during Beta Testing.

The "beta" color variation of Wings were deleted from the game very early during the Beta Testing.

A glitch occurs when the Wings are worn on a Panda.
Community content is available under CC-BY-SA unless otherwise noted.
Advertisement