View source
Not to be confused with the Rare Witch Hat.

90 Gems
The Witch Hat is a members-only land clothing item that is worn on the head. It was released on October 16, 2012, at the Haunted Forest Shop. It was later re-released in September 2016 in Jam Mart Clothing. It is a seasonal item that has returned each year for the Night of the Phantoms.

The Witch Hat appears as a tall, pointed hat with a belt buckle in the middle that resembles a stereotypical witch's hat. The hat is patched up on its left side and has stitches near the top. The top of the hat is bent over. This item comes in eight different varieties.

The Witch Hat can be won as a possible prize from the following locations: 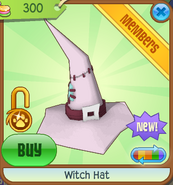 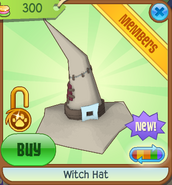 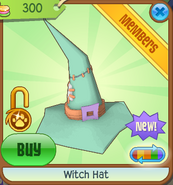 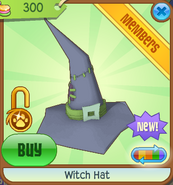 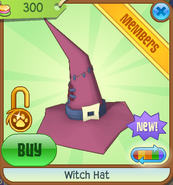 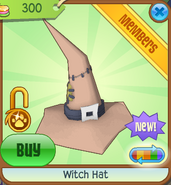 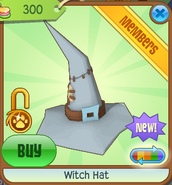